In this first video, White goes through the ongoing debate about business cycles between Austrians and the Mainstream.

The mainstream stands with the General Theory which establish that the remedy for  under consumption is that government need to step in and supplement aggregate demand.

In this line of thought, from the New Keynesian, the New classical and the Real Business cycle there’s a new synthesis: DSGE ( Dynamic stochastic general equilibrium modeling), which concludes that the economy is unstable and there’s a need of a central bank as an agent that needs to balance everything in the economy.

A central bank does not have the information they need, the guidelines, they don't have the feedback of the market that they would need in a timely way”

While the Austrian view stands apart. They defend that the economy is self-writing, self-correcting and that the reason for business cycles, is the disruption from the monetary policies imposed by the central banks.

Nonetheless, we can have some rough guidelines for how central banks can avoid making big mistakes.”

What is an “Austrian Monetary Policy” regime? No central bank. Their remedy is free banking and a commodity standard (gold standard); in other words, an economy with no intervention at all. Although, what does the austrians suggests if there’s given a central bank?

White concludes this first lesson with what the central bank ought not to do, which is don’t artificially lower interest rates, or keep them from rising when investments start to expand. Central banks shouldn’t be guided by other things, like price level and think this is a fine time to expand credit. 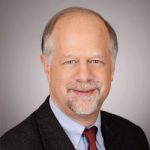