In Bangladesh people live in constant oppression because of their religious beliefs, and the individuals who notice this live in constant danger. Ahmedur Chowdhury is a publisher of this country, who came to tell his story about the abuse that he suffered because of the censorship of information in the region.

He mentions how government and religion can affect the liberty of a whole country, causing a negative effect on their economic and political systems. This develops an unstable country where people struggle and don’t even notice because their liberty is obstructed by their beliefs.

Chowdhury shares that he was a radical Muslim in his childhood because of his family education. He explains how the search of different points of view, in the newspapers, of any situation, made him change his way of thinking and got him out of the radicalization of his religious identity.

I hope that my story will help you think a little differently about the facility of freedom of expression, the importance of human rights, equality, and activism.”

Then, Chowdhury describes how he began his career as a publisher. He was interested in the Little Magazine Movement, an initiative that is determined to reveal and oppose all unjust and inhuman activities through writing. By 1990 he published his first edition of Little Magazine called Shuddhashar, which means pure voice.

By 2004 he started a publishing company that was known for its commitment to finding young writers and for the publication of many controversial books. Then between 2013-2016 many of the journalists, freethinking bloggers, poets and publishers were killed with the help of the government. After he was attacked in 2015 and survived, he had to go to exile with his family, but that didn’t stop him from speaking up and continuing to publish.

Immediately I realized that my survival meant I have to keep fighting, that I have responsibilities to others.”

The publisher shares how he got to exile and all the suffering that he has been through. Ahmedur explains how, after losing everything, his home, family, friends and company, he started all over again in Norway. To conclude, Ahmedur Chowdhury encourages people to stand up for freedom and for those communities that are being repressed because they are fighting not only for their human rights but also for freedom. 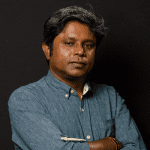 The Austrian School in Historical Context: Its Rebirth and Continuing Relevance