Imagine a group of ten friends getting together to celebrate, but the Government accuses that this gathering is an act of conspiracy, puts the individuals in prison, takes away their right to have a trial, possibly kills them and removes their opportunity to fight for freedom. This is one of the many ways Eritrea, a country in the Horn of Africa, is oppressed by the Government’s dictatorship. Vanessa Tsehaye shares the reality of her country, the reason she started her work as an activist and how people can get involved to free Eritreans.

For Vanessa being in the College Freedom Forum 2020, it’s an incredible space to get support not only for the work she does but for the people they’re trying to liberate with One Day Seyoum. An organization dedicated to fighting against human rights abuses committed to the Eritrean community.

As an Eritrean, it means a lot to be in a country where I'm assuming a lot of people don't' know about the existence of my country and what's happening there...being able to share this to a whole new audience is an incredible opportunity…” - Vanessa Tsehaye

She explains that Eritrea was only independent in 1991 and since then it has been ruled by the same dictator for the past 29 years. He has shut down all aspects related to a democratic society, eliminated the constitution, parliament, and universities. Also, because of these abuses of power, the Government is able to impose any desired rule, like forcing Eritreans to work indefinitely for the national service program.

Tsehaye points out she was born in Sweden to Eritrean parents, and her interest in activism began when she found out about the story of her uncle, Seyoum Tsehaye. He is an Eritrean journalist, captured during the time when the country was meant to transition to democracy after the 10 years of independence but instead was submerged in a dictatorship.

I grew up hearing his story and understanding what happened to my family wasn't a personal tragedy, but also something that happened and affected my entire country's history..." - Vanessa Tsehaye

The name of the organization has an origin in Seyoum Tsehaye’s story, and for Vanessa, the main objective with this movement is to raise awareness regarding the lack of freedom of press, censorship, unjust imprisonment, and general abuse of human rights of all Eritreans. She mentions, One Day Seyoum fulfills the role of reporting everything to make sure crimes are not hidden and put international pressure to free the country from oppression.

If we don't give them a voice no one will.” - Seyoum Tsehaye

She reveals how they use traditional social media to make this movement possible and the way people can get involved in helping this cause. To conclude, Vanessa ratifies the importance to always fight for freedom, because as long as someone is deprived of it the risk of losing it is for everyone. 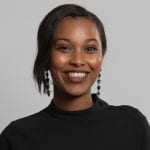