¿Have you ever wonder if there are more ways to generate energy that the ones we already know? Elizabeth Suitor shares some of her work in the industry of electrical engineering, since her first job to her current one where she contributes in the development of autonomous aerostats, that can be a source of energy and telecommunication.

She comments about her first job testing parts for prosthetics, how that work made her be more interested in the electronics field of engineering, so she changed to other jobs where she had an opportunity to develop the software for a surgical robot.

Then, she speaks about her job in Altaeros, where they made autonomous aerostat platforms. These devices are commonly used by military and government because they need a full-time ground crew to be controlled making it very expensive and dangerous for humans. Altaeros had found a solution for this and other problems involving renewable energy.

We are really interested in the renewable energy sector and then we moved to telecom realizing how beneficial it could be to other people."

Suitor explains her job in the systems, its functioning and lists the applications of the autonomous aerostats:

After this, she exposes two of the aerostats that the company manages, their parts, functions, how they should be used to get efficiency from the aerostat, and she describes the benefits that would be achievable for the rural communities, such as more energy made for the sector, internet for the area that the aerostat covers, and more.

A lot of people did not believe that this could be done, so this was a really big system for us because it makes us able to say «look here is the data.»” 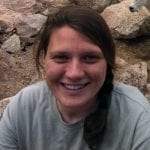