Do it Again: The Art of Repetition in Stop Motion

Your first take in stop motion animation is always terrible, "and that’s great" according to Tony Clavelli who shares his ideas on the art of repetition in his career and how you can apply it even if you are not an animator. He explains some concepts about this technique, shares his adventures in an animation studio in Korea and how he moved forward to his current work.

Clavelli talks about the beginnings of stop motion which is parallel to filmmaking with examples as early as 1878, with the famous Sallie Gardner at a Gallop by Eadweard Muybridge, El Hotel Eléctrico (1908) from Segundo de Chomón, The Adventures of Prince Achmed by Lotte Reiniger (1928) and King Kong by Willis O’Brien (1933). Later he goes to the 70’s - 80’s and describes Aardman’s work, Wallace and Gromit, Will Vinton and the animation studio Laika, that created Phil Knight in 2005.

Even the most professional top animators will start with a reference; they’re doing the action once with their bodies and then doing it again with the characters, getting that repetition to make sure it looks as real as possible”.

Then Tony describes how he met Tak Hoon Kim, the valuable lessons that he learned from him and how Hoon Kim invited him to animate at Tak Toon, his animation studio in Korea. The start was pretty rough since he had to collaborate building the stages in the studio; he faced several challenges during this process but eventually managed to inaugurate the studio and start animating.

There was something really valuable; I had to do it again, I thought my animation was good and it wasn’t. I needed somebody else's eye to tell me, it’s not good”.

Clavelli talks about the daily life of an animator: how they work with animatics of each scene, get the puppets they are going to use, plan their shots and shoot it. Also converses about the post production process that adds motion graphics.

Timing is everything in animation”.

Tony concludes that every attempt that you do with your art or animation is valuable because you always improve. When you try over and over again, and you let yourself be bad at the beginning the opportunities will open. 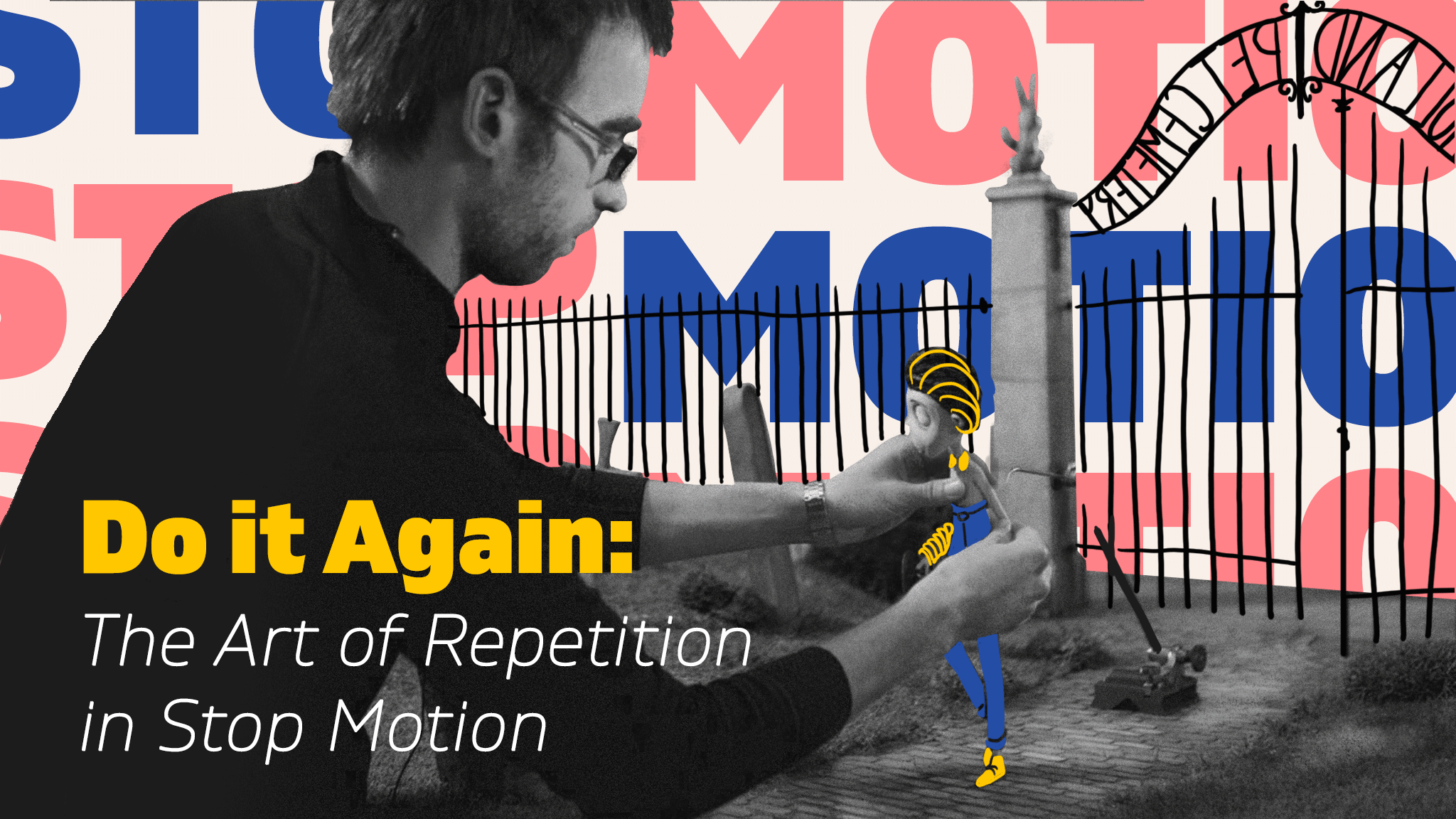 Do it Again: The Art of Repetition in Stop Motion