In a conference titled 'Can Capitalism Survive? 80 Years After Shumpeter’s Answer', doctor Richard Ebeling addressed students at UFM and talked about the dynamic state of capitalism, how it has thrived in the last 200 years, and the most recent threats that confronts in the XXI century.

He began his conference taking a tour of Joseph Shumpeter's life and ideas about capitalism and the type of character that could push and continue its development according to the author. This ideas have materialized under the tag of entrepreneur. So, Ebeling sees the validity of his ideas today more than ever, since history has shown how this mentality, this way of acting, provides encouraging results that contribute to economic development.

Change comes from this creative man of vision, who has an idea, who thinks of a new way of doing something, a way to make something less expensive, with new technology, and then undertakes the uncertainty and the risk.”

Nonetheless, this dynamic freedom of the market is threatened by totalitarian factors that have begun to cause friction between economic development and the ideology of the people. Among those factors are: political correctness, identity politics, cancel culture, the green new deal and the pandemic authoritarianism. One of the main denominators is that these factors tend to limit the individual and his form of acting, so it becomes a problem when this undermines the generation of wealth.

That is totalitarian: making the past fit the ideology of these advocates of this new form of political correctness and identity politics of today.”

Ebeling closed his remarks addressing the students, saying that it’s up to every individual to make a difference articulating and defending the principles of freedom, dignity, rights and the opportunities of market free exchange, so freedom and prosperity can prevail in this century. 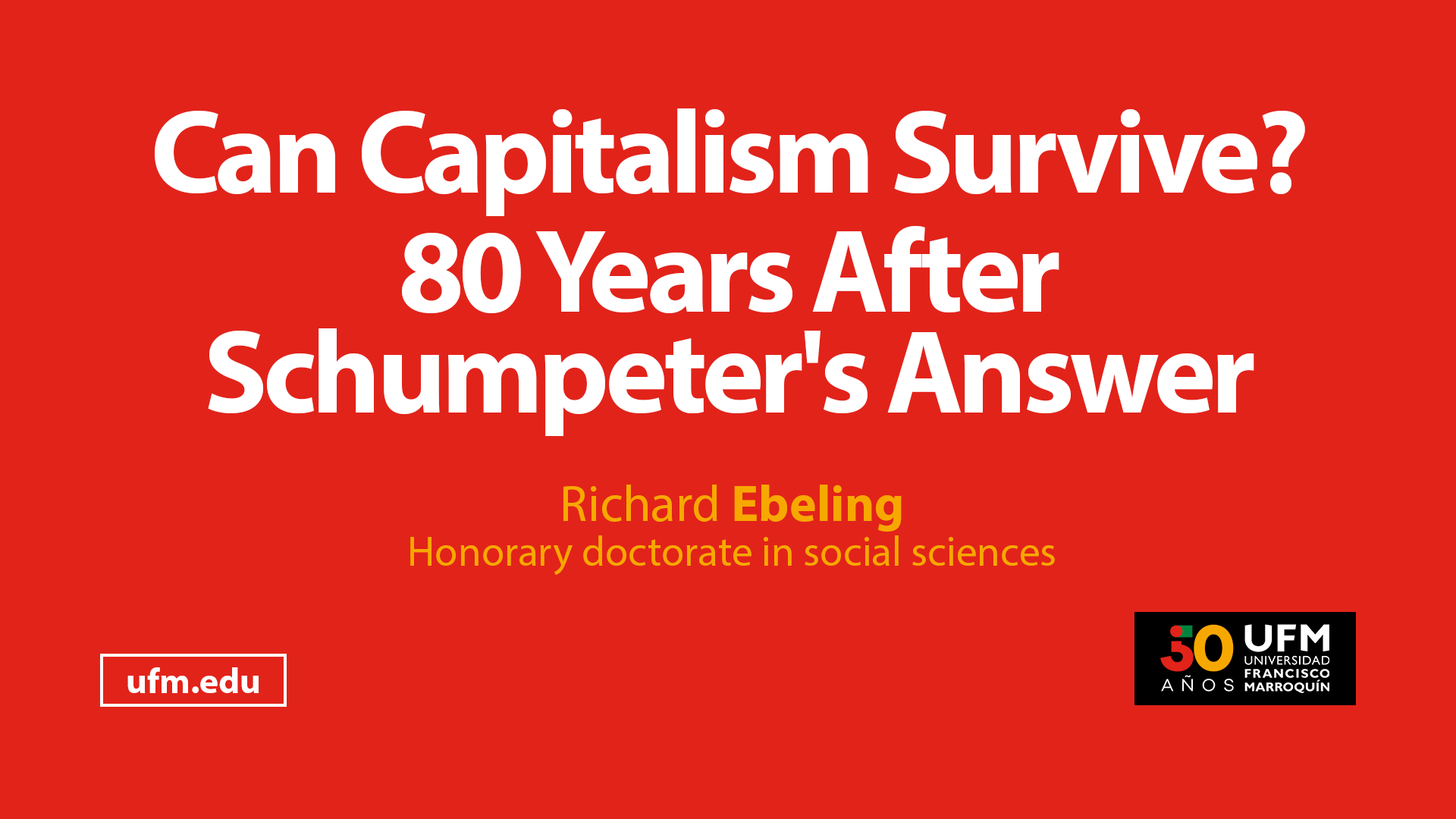 UnCollege: A Revolution on Education

Expectations of Government Response to Disaster

What Can Guatemala Learn From the War in Ukraine?

Anarchism and Minarchism, a Digression with Objectivist Philosophy

The Theology of Adam Smith